What Is The Shira Rate For My Kilimanjaro Trek? Scroll Down For Details..

SHIRA ROUTE SUMMARY FOR YOUR CLIMB WITH UHURU TRAILS BY AFRICANMECCA

Shira Route is for climbers who are already acclimatized from the neighboring Mount Meru and want to experience the isolated wilderness aspect of a trekking holiday on Kilimanjaro for the earlier leg of the trail. The high altitude ends at over 3000 meters on the first day gives you less time to explore the initial ecological zones on the mountain. Also, trekkers who are not sufficiently pre-acclimatized may already develop altitude sickness at this height due to the quickness of the route even though an extra acclimatization day is added as standard for this itinerary. Lemosho has replaced Shira as the best western route for acclimatization in comparison.

Read More On The Overview Experience, Pro’s And Con’s Of Shira Trail 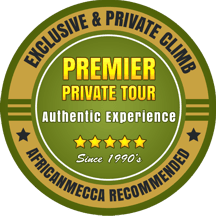 PUBLIC SOCIAL MEDIA STREAM FROM CLIMBERS AROUND THE WEB FOR SHIRA ROUTE SHARING AN INDEPENDENT PHOTO EXPERIENCE & PERSPECTIVE OF THEIR SPECIFIC CLIMB.

Thanks To The Tanzanian Park Authorities And Government For Hosting These 40,000 To 50,000 Climbers Annually, And More Importantly, Cheers To These Climbers For Supporting Sustainable Tourism In Northern Tanzania.

2020 COST OF CLIMBING SHIRA ROUTE WITH UHURU TRAILS BY AFRICANMECCA

We recommend you plan and book your privately guided and custom Mount Kilimanjaro climb for Shira Route at least 8 to 10 months prior to your arrival. Campsites are almost fully booked all year round due to limited rooming capacity on the mountain and high demand. Please contact us to customize your Shira climb and request prices based on your personal preferences, acclimatization requirement and fitness needs.

2021 COST OF CLIMBING SHIRA ROUTE WITH UHURU TRAILS BY AFRICANMECCA

We recommend you plan and book your privately guided and custom Mount Kilimanjaro climb for Shira Route at least 8 to 10 months prior to your arrival. Campsites are almost fully booked all year round due to limited rooming capacity on the mountain and high demand. Please contact us to customize your Shira climb and request prices based on your personal preferences, acclimatization requirement and fitness needs. 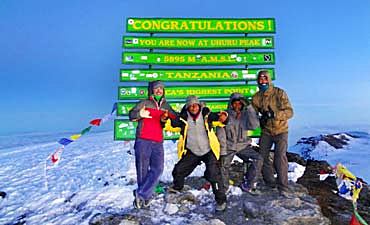 Uhuru Trails by AfricanMecca is a fresh team name for a long-established partnership between AfricanMecca Safaris and one of our most experienced, dependable and registered team outfitters on Kilimanjaro to provide discerning climbing experiences.

AfricanMecca believes Kilimanjaro is a mountain with attitude. Towering enigmatically like an ethereal island in the sky wreathed in mists, at 5895 meters, it is the highest mountain in Africa and the highest stand-alone mountain in the world.

Here you will find prices for various recommended and acclimitized routes for Kilimanjaro including Lemosho, Machame, Rongai, Shira, Umbwe and Marangu. We recommend you customize your private climb based on your preference and group size.

TOP 10 REASONS TO CLIMB WITH US

We have 10 great reasons why you should climb with us. The first is a pioneering approach to guiding standards on Mount Kilimanjaro. Uniquely, we offer every trekker his or her own personal support guide (1 GUIDE : 1 CLIMBER RATIO).

WHICH KILI ROUTE TO CHOOSE?

There are six approved routes for a Kilimanjaro climb with Uhuru Trails By AfricanMecca, each offering different advantages and drawbacks. Regardless of which route you choose, you need not be a rock climber, superlatively fit or supremely well-equipped.

We trust our clients to the care of some of the best experienced mountain guides in the Tanzanian travel industry. Our guide leaders have 100 hundreds of climb experiences in between 10 to 20 years' of the best way to succeed in climbing Kilimanjaro.

One of the best times for a Tanzanian trek vacation on Mount Kilimanjaro is in the warm months of January and February when clear skies afford excellent views of superb scenery, especially from the upper slopes; though, expect some snowfall during this period.

Trekking to the roof of Africa can be a glorious, triumphant achievement that can color the rest of your life with self-confidence and pride. Or it can be an ordeal or even an abject failure. You need to know exactly what you are letting yourself in for.

It must be clearly understood that Mount Kilimanjaro is a dangerous environment where climbers are risking their lives. One person in every thousand (0.1%) will die on the mountain and more than half of these deaths could be preventable.

Kilimanjaro kills those climbers who go beyond their sensible limits. We have an enviable safety record because its leaders do not waste time on technological fixes on high altitude, but get sick and injured trekkers off the mountain without delay.

The general impression is that a climbing tour of Kilimanjaro is an easy mountaineering option, since the 5895 meter mountain has been successfully climbed by hardy children and by octogenarians. It is not. It is a perilous undertaking.

Review the 5 geographical, flora and fauna zones of Mount Kilimanjaro. The zones include the lower countryside slopes, montane forests, heathlands and moorlands, the towering alpine deserts and the arctic ice cap summit of the shinning mountain.

Mount Kilimanjaro, the tallest mountain in Africa, is a unique Tanzanian highland vacation destination: a stand-alone pinnacle which creates its own climate in zones of distinct character, from fluted glacial columns and cathedrals of ice on the summit.

Kilimanjaro, the shining mountain, floats in a wreath of cloud above the vast South Amboseli plains (a.ka the Western Kilimanjaro wilderness), offering an amazingly diverse series of fauna and habitats. It is a superlative destination for trekking.

When visiting Mount Kilimanjaro National Park, we recommend combining it with your Northern Tanzania safari to Tarangire, Lake Manyara, Ngorongoro Crater and Serengeti (wildebeest migration). End your trip with a Swahili cultural tour and beach holiday in Zanzibar.

ARE YOU PLANNING TO BOOK AN AFRICAN SAFARI TO MOUNT KILIMANJARO IN TANZANIA?

Do You Need Knowledgeable, Experienced & Specialist Guidance For Your Travels In Mount Kilimanjaro ? Let Us Help Plan Your Trip Itinerary Correctly

Guide For Lodges & Camps In Kilimanjaro

HAVE YOU VISITED MOUNT KILIMANJARO FOR AN AFRICA SAFARI IN TANZANIA?