Tour The Diverse Reserves & Parks Of Tanzania. Scroll Down For Details..

Tanzania has varied and distinct wildlife parks and reserves as noted below. Select your preferred region to view individual details of your safari destination.

Overview On Parks & Reserves In Tanzania 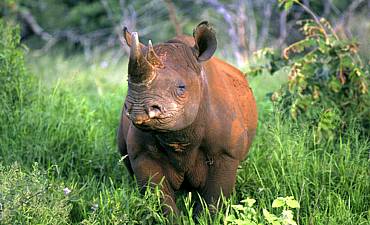 The Tanzanian National Parks Authority (TANAPA) has varied gazetted national parks which, with surrounding game reserves, concessions and aquatic reserves, covers a quarter of a country, which would take a lifetime to explore every nook of it. But you can select a customized or recommended Tanzanian safari with AfricanMecca visiting the places that particularly appeal to you.

How can you choose between the national parks and game reserves that contains a fifth of all the large mammals in Africa? Travel in northern Tanzania takes you from Rubondo Island on Lake Victoria, a water bird and fish breeding sanctuary, through the Serengeti, past Ngorongoro’s vast Crater, and Tarangire to Lake Manyara, all teeming with big game. The annual Great Migration of Wildebeest by the millions traverses much of this corridor, across never ending grassland, fording crocodile infested rivers and falling prey to big cats.

Amongst beautiful soda lakes and volcanic highlands, Mount Meru in Arusha is the place to acclimatize yourself to climb Mount Kilimanjaro, the tallest free-standing mountain on earth. Gombe is a smaller, fragile version of Mahale, both remote western havens for wild chimpanzees on the shores of Lake Tanganyika, and a research base for the Jane Goodall Center.

Ruaha, wild and demanding to access, neighbors Mikumi and the immense Selous Game Reserve crossed by the majestic Rufiji River with its oxbow lakes, where you can boat and walk, with Katavi, even wilder and more remote, in the west. Saadani is a coastal park in the east, for barefoot beach and bush African vacations. Udzungwa Mountains in the eastern arc are forest zones known as the African Galapagos, containing 30 threatened endemic birds, whilst Kitulo is a paradise for botanists, known as the Garden of God.

Sited in the Great Rift Valley in northern Tanzania, the Ngorongoro Conservation Area includes the wondrous Ngorongoro Crater, home to the densest concentration of wild animals in Africa.

The river and swamps of Tarangire provide permanent water sources when surrounding shallow lakes dry up, thus attracting a migratory movement of up to 250,000 mammals during the dry season.

Lake Manyara is one of the smallest parks, but encloses within its numerous microclimates a diverse range of landscapes and animal populations which mirror those of different parts of Tanzania in miniature.

Kilimanjaro, the shining mountain, floats in a wreath of cloud above the vast South Amboseli plains (a.ka the Western Kilimanjaro wilderness), offering an amazingly diverse series of fauna and habitats.

Situated in northern Tanzania is the little-known treasure of Arusha National Park that features a variety of ecosystems, such as grasslands, swamps, crater lakes, highland forest and more.

Rubondo Island National Park is located in the southwestern region of Lake Victoria (northern Tanzania) - the largest in Africa, second largest lake in the world and the source of the Nile River.

In the southwest corner of the Ngorongoro Conservation Area and home of the ancient Hadzabe and Datoga tribes is the beautiful Lake Eyasi, a soda lake that is fed by the Sibiti and Baray Rivers.

Located just seventy miles northwest of Arusha is the alkaline Lake Natron. The lake is the breeding ground for lesser flamingo, with more than two million individual birds flocking to the area.

The largest lake in Africa and the largest tropical lake in the world, Lake Victoria, offers you two thousand miles of beautiful coastline for your lake safari in northern Tanzania with AfricanMecca.

Nyerere National Park (Selous) is Tanzania's richest, yet little known and unfrequented wilderness area, where it is still possible to feel the isolation, the vastness and the splendor of authentic travel in Africa as it once was.

Ruaha in southern Tanzania is one of the most awe-inspiring and untouched African safari destinations. An incredible total of 64 mammal species inhabit the park, including varied predators and prey.

Although Mikumi National Park, part of the northern Selous ecosystem, is one of the oldest and fourth largest in Tanzania, it has not become a focus of mass wildlife tourism, despite its ease of access.

Mahale Mountains National Park in western Tanzania is an outstanding African wilderness on many counts. The park is justly famous for over 800 wild chimpanzees, more than any other park in Africa.

Only a few hundred privileged and seasoned African safari enthusiasts can visit Katavi National Park each year. Arguably the most remote, finest and unspoiled wildlife haven in Tanzania.

Pioneered by the works of Dr. Jane Goodall, Gombe is a dream chimpanzee wilderness where it is possible to take guided treks to watch wild chimps both at play and interacting socially.

Tanganyika is arguably the most beautiful Great Lake in Africa, formed in the Great African Rift Valley, with long, deserted beaches of silver sand backed by tropical forest on chimpanzee habitat mountains.

Review Tanzania detailed itineraries and prices of our recommended safaris with the option of customizing your Africa tour based on your preferences and needs.

Review details on the best time to go to Tanzania to visit its various wildlife outback, lakes, rivers, beaches, islands, mountains, forests and other wildernesses.

Review Tanzania's unspoiled white, sandy coastal beaches and idyllic islands backed by tropical forests that are lapped by the azure waters of the Indian Ocean.

Review city tour recommendations on full or half day options in Dar es Salaam, Arusha, Zanzibar. Experiences can be customized around your vacation travels.

When visiting Tanzania, we recommend combining your safari to Serengeti, Ngorongoro Crater, Tarangire and Lake Manyara. You can also day trek or climb the highest mountain in Africa - Kilimanjaro.

You may optionally extend out to Southern or Western parks like Nyerere (Selous), Ruaha, Katavi or Mahale - Gombe ending with a beach vacation and Swahili cultural tour in the exotic spice island of Zanzibar, Pemba, Mafia or Fanjove.

ARE YOU PLANNING TO BOOK AN AFRICAN SAFARI TO TANZANIA?

Do You Need Knowledgeable, Experienced & Specialist Guidance For Your Travels In Tanzania? Let Us Help Plan Your Trip Itinerary Correctly

HAVE YOU VISITED EASTERN AFRICA FOR A SAFARI IN TANZANIA?