Are You Planning An Avian Safari To Kenya? Scroll Down For Details..

GUIDE FOR BIRD WATCHING SAFARIS IN KENYA WITH AFRICANMECCA

READ MORE ON TRAVEL GUIDE FOR KENYA
The 1089 winged, feathered inhabitants and migratory visitors of Kenya will delight and engage you in a world of entertaining antics, melodious songs and spell-binding aerial acrobatics. AfricanMecca Safaris takes you into the world of Kenya’s avi-fauna! See first-hand the gangly gait of ostriches, the daredevil hunting skills of African fish eagles and the carpets of rose-colored flamingoes that cover many of Kenya’s terrestrial and aquatic wildernesses.

Birding sites in Kenya offer an abundance of birdie species, ranging from 200 and 600+ at any given location. You see common, rare, endangered, threatened and vulnerable species in almost every type of setting – forests, lakes, grasslands, rivers, woodlands, swamps and much more! Finding these smaller creatures amidst the vast and expansive landscapes of Kenya is a real treat for safari goers of all ages and experience levels!

Arabuko-Sokoke Forest is located just a short distance from the Kenyan coast near Watamu and Malindi, so bird lovers can spend their mornings walking along white sand beaches and their afternoons exploring the dense forest for birdlife. The forest offers a phenomenal ornithological safari in Kenya. Birding International notes the forest as the second most important of all of Africa’s forest for avi-fauna conservation.

Of the over 230 recorded species, nine are considered globally threatened, including the black and yellow clarke’s weaver, sokoke scops-owl and the multi-colored east coast akalat, to name only some of the endangered species in the forest. Common species include eastern green tinkerbirds, scaly babbler, green-headed orioles, violet-breasted and mouse-colored sunbirds and many, many more.

North of Mount Kilimanjaro is Amboseli National Park that is surrounded by a few private conservancies. These areas serve to extend the protection of the habitats, so avi-fauna have plenty of space for feeding and nesting. The variety of birdlife is attracted to the many micro-ecosystems in the park that include swamps, woodlands, thickets, plains and several others.

After your adventurous game driving tour of Amboseli, birdwatching by nature-walking is a wonderful way to unwind. More than 425 species have been recorded, including white-breasted white-eyes, taita fiscals, eastern yellow-billed hornbills, straw-tailed whydahs, banded warblers, to name a few, as well as 40 raptors – perhaps more.

Masai Mara National Reserve is mostly known for the site of the Great Migration, but AfricanMecca birding enthusiasts also treasure the reserve for its more than 450 avi-fauna species especially at its riverine locations. The blend of high-paced game viewing and relaxing bird-watching trips is a superb way to see the distinct sides of Kenya during your wilderness holiday in Africa.

Madagascar pond-herons, jackson’s widowbirds and grey-crested helmet-shrikes are among the endangered and threatened species. Common species include light blue and rust lesser kestrels, cinnamon-tinted corncrakes, rufous-tailed weavers and red-throated tits amongst others.

The savannah plains of Meru National Park are diverse for viewing large mammalian species, but experienced birdwatchers also value the park as one of Kenya’s finest destinations for superior avi-fauna tracking and identification. The volcanic history of the area supports an abundance of food sources for animals large and small, including grasslands, thickets, woodlands and swamps.

Your guide’s keen eye and knowledge of avi-fauna is invaluable for finding vulnerable hinde’s pied-babblers, as well as common species, such as pringle’s puffbacks, golden-breasted starlings, pink-breasted larks, Somali bee-eaters and many other feathered creatures that hide within the dense vegetation.

In the central, heart of the country near the equator is Mount Kenya, known for offering guests a discerning highlands and forest outback. The montane woodlands are home to some of Kenya’s most incredible birds, including the rarely-seen Abyssinian owls that have been sighted in the higher-elevation forests. Red-tufted sunbirds are common in the high moorlands, and Mount Kenya National Park is one of only two locations in Kenya to see kenrick’s starlings.

Common species include von der decken’s hornbills, donaldson-smith’s nightjars, grey wren-warblers, yellow-vented eremomelas, magpie starlings, to name only some of the winged residents. Taita falcons and the lesser kestrels, both globally threatened, are found in the reserves, as are regionally threatened African darters, white-headed vultures, martial eagles and yellow-billed oxpeckers.

At Tsavo East, you may see endangered basra reed-warblers, as well as ashy cisticolas, black-bellied sunbirds, black-capped social-weavers, hunter’s sunbirds and an almost endless variety of other avi-fauna. Bordering the southern edge of Tsavo West is Taita Hills Forest, noted for critically-endangered taita apalises and taita thrushes. Other species include near threatened southern banded snake-eagles and vulnerable taita falcons. abbott’s starlings have been recorded here as well as Chyulu Hills Forest on the northwestern border of Tsavo West.

Another of Kenya’s Important Bird Areas is Shimba Hills National Reserve, also located in the coastal area. March and April offer especially prime birdwatching quests in this region of Kenya, as this is when high concentrations of eurasian golden orioles, eurasian cuckoos and other palearctic species arrive in the reserve. Year-round, though, you find brown-breasted barbets, black-bellied glossy-starlings and other common species.

Threatened and endangered species have also been recorded, including southern banded snake-eagles, fischer’s turacos, spotted ground-thrushes, east coast akalats, plain-backed sunbirds and sokoke pipits. The many alkaline and freshwater lakes of Kenya attract many different species than what you may find elsewhere in the country. Lake Victoria is known for papyrus yellow warblers and papyrus gonoleks, both of which are endangered, as well as migratory blue swallows.

The more than 450 bird species at the freshwater Lake Naivasha, another of Kenya’s Important Bird Areas, include the highest concentration of fish eagles in East Africa. Other noteworthy species include goliath herons, malachite and pied kingfishers, rare maccoa ducks, spoonbills and saddle-billed storks, to name only some. Lake Turkana in Sibiloi’s Northern Frontier, another Important Bird Area, is known for pink-backed pelicans, little stints, African skimmers and many other winged creatures (read more on when is the best time to travel to Kenya with AfricanMecca).

Kenya is the pioneer safari destination. In almost every designated wilderness location within the country, you see plains herbivores and carnivores engaging amidst rare and endangered species.

Flexibility is important during your exploratory trip to Kenya so as to ensure an intimate experience. A customized Kenya safari can be arranged for any guest regardless of preferred safari tier.

Seeing Kenya with your beloved by your side is a dreamlike way to begin your life together but planning an exotic getaway for two can be a massive undertaking. AfricanMecca makes it worry-free!

From boutique camps and chic lodges, nowhere on Earth will you find a better luxury destination than Kenya's varied and high wildlife density experiences combined an authentic culture and history.

We offer photography safaris in Kenya that include the professional instruction and location selection, from the plains to the lakes, that you need to create images beyond your highest expectations. 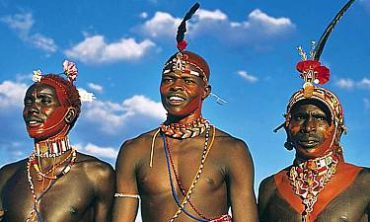 Our Kenya cultural tours give personal insight into some of the 42 different native tribes beliefs and traditions. It helps raise awareness about their challenges but also an appreciation of life. 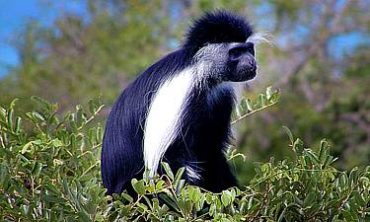 The playful antics and heartwarming social behaviors of primates capture people's minds. AfricanMecca is proud to offer an insightful and enchanting trip into Kenya's primate habitats.

Your Kenya safari walks not only helps you find and identify tiny creatures from antlions to dung beetles, but also teaches you tracking via scat and footprint, and shares ancient uses of plants.

The winged, feathered inhabitants and migratory visitors of Kenya will delight and engage you in a world of entertaining antics, melodious songs and spell-binding aerial acrobatics in varied parks.

The gentle character and free spirit of horses capture the essence of the Kenyan outback, and riding one of these majestic animals in varied wildernesses evokes a connection with the natural world.

A balloon ride over the Kenyan plains, rivers, forests and rift valley ecosystem allows you to see a macroscopic view of the animals, affording a fantastic once in a lifetime experience.

The people, wildlife and landscapes of Kenya are the perfect place to share your commitment, devotion and everlasting love. The wilderness of Kenya give you exactly the type of wedding that you desire!

With so many safari parks and beaches from which to craft your ideal Kenya dream holiday, you may be torn between the high-pace action of a bush safari and the romantic setting of the Indian Ocean beaches.

Review individual itineraries and prices of our suggested Kenya safaris with the option of customizing your Africa tour based on your needs and preferences.

Review details on the best time to go to Kenya to visit its various wildlife outback, forests, rivers, islands, lakes, beaches, mountains and other wildernesses.

Review city tour suggestions on full or half day options in Nairobi, Mombasa, Watamu, Lamu. Experiences can be customized around your vacation travels.

When visiting Kenya, we recommend combining your safari to Masai Mara for the wildebeest migration, Amboseli, Samburu or Laikipia - Lewa, Nakuru and Naivasha - Great Rift Valley Lakes. You can also day trek or climb the 2nd highest mountain in Africa - Mount Kenya.

You may optionally extend out to other wilderness areas of Meru, Chyulu Hills or Tsavo East - Tsavo West ending with a beach vacation and Swahili cultural tour in the exotic spice island of Zanzibar or Lamu, or even Mombasa.

ARE YOU PLANNING TO BOOK AN AFRICAN SAFARI TO KENYA?

Do You Need Knowledgeable, Experienced & Specialist Guidance For Your Travels In Kenya? Let Us Help Plan Your Trip Itinerary Correctly

HAVE YOU VISITED EASTERN AFRICA FOR A SAFARI IN KENYA?