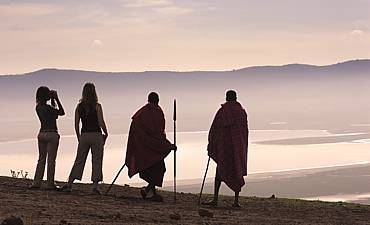 Below Review First Appeared On Our Google Reviews Page

I first used African Mecca several years ago to organise a trip to see the Chimps in Mahale along with Ngorongoro & Olduvai Gorge. A couple of years later I again used African Mecca’s extensive knowledge of Africa to follow my two interests of Rock Art & Paleo-anthropology.  Raza organised this amazing trip to both sides of Lake Turkana, Olorgesailie, Lewa Conservancy & even a back room visit at the Nairobi National Museum. The second half of the trip to see the rock art in Zimbabwe was just as spectacular.

Both trips were organised over the Web, and African Mecca ensured that every “T” was crossed and every “I” was dotted. Any future trip that I might do to Africa will begin with an email to Raza at African Mecca.